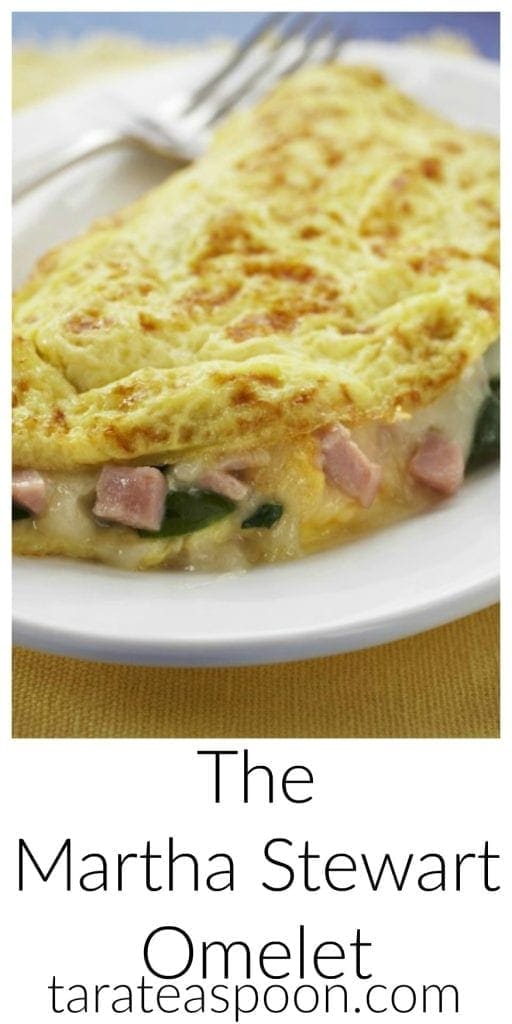 I was on my way to a cooking audition for Martha Stewart and didn't want to fail. My newly acquired culinary school skills did me right, until the omelet. How could I forget the basic technique for making the perfect fluffy egg?
Originally published on KSL.com

Tara and Martha on the Martha Stewart TV show[/caption]

I walked into the 42nd Street offices of Martha Stewart looking professional wearing my first skirt-suit and carrying a bag with recipes tucked inside. I was greeted at reception and escorted down a flight of stairs. That’s when I saw her, and my heart skipped a beat. Martha was standing at the bottom of the stairs. As I passed her, the nerves I had been carefully squelching went haywire. I couldn’t believe I was on my way to audition for an icon!

I was 22 and just about to finish my culinary arts degree from Utah State University — my classmates and I were the second graduating class. While most of my classmates wanted to become chefs or caterers, I spent time in my dorm devouring food magazines like Fine Cooking, Gourmet, Bon Appetite and Martha Stewart Living and asked my culinary professors, “Who makes the food in these pictures?” I wanted to be THAT person. I wanted to be a food stylist.

I applied for internships everywhere, and got a steady stream of “no’s.” Then I got a response from the test kitchen director for Martha Stewart Magazine. Of all the places to crack open a door! She said she only took kitchen interns from the CIA (The Culinary Institute of America just north of New York City), but she would give me a try. I bought a plane ticket and showed up at the famed Martha Stewart Offices at 11 West 42nd St.

The official test kitchen was just doors from Martha’s personal office. I lingered for the tiniest moment as we passed her glass-walled office and tried to soak in every inch, from the fresh flowers on her desk to the windowed view of the Empire State Building and downtown Manhattan.

But once in the test kitchen, I faced the cooking test of a lifetime. I had come armed with a three-course meal I had planned and perfected at school. After sweating, sifting and stirring for three hours I confidently presented the dishes to the test kitchen director, Susan Sugarman, who was notorious for being opinionated.

Sugarman dipped her fork into each dish, taking the tiniest of bites, without giving any hint of a smile of approval. Then she revealed that my test was only half over.

She handed me a cake recipe as well as a list of cooking tasks that included chopping an onion to medium-sized dice, cooking pasta al dente, and mincing garlic to a fine paste. I spent another three hours making the cake and breezed through the other tasks. The final task I thought I had in the bag, “make a fluffy 3-egg omelet.”

I had passed the egg tests in cooking school with flying colors. I was confident I could make any egg, in any preparation, flawlessly.

I started in on the fluffy 3-egg omelet. I whisked and whipped the eggs until they were foamy and proceeded to make a classic omelet, seasoned with salt and pepper.

I whisked faster, harder and more this time; beating as much air into those three eggs as I possibly could. Seasoned it with a bit more salt this time and presented my creation to her.

Nope. “Not fluffy enough,” she said again. “Make another one.”

I whisked until I could whisk no more and there it was, a third omelet that looked just like the others. I knew it and Sugarman knew it. I had failed.

Sugarman told me she would get back to me in a few days. I left her with pleading in my voice, letting her know I was a fast learner, and could do whatever they needed me to if I got the chance. I flew back to Utah with a pit in my stomach.

The next day I recounted my experience to my chefs, professors and classmates. They barraged me with questions about Martha Stewart, but I had one pressing question for them. “How do you make a fluffy omelet?”

One classmate immediately answered, “It’s simple, whip the egg whites separate from the yolks until peaks form, and then add the yolks.”

Of course! Egg whites without the yolks get extremely fluffy; the fat in the yolks inhibits this, so they must be separated first. I thought I had jeopardized my chances at working with Martha Stewart by not remembering this simple cooking skill.

Miraculously my lackluster performance did not get in the way of securing the internship. Sugarman called to inform me I was the new intern at Martha Stewart.

The audition that I failed ended up changing my life. I would fly to New York after graduation, the city I would call home for the next two decades. There, I would work my way up to senior food editor, and I spent six years at Martha Stewart, learning to develop recipes, cooking with her on TV and becoming a food stylist — the job of my dreams. I was finally the one making the food in the magazines, and not just any magazine, Martha Stewart Living.

And to think it almost didn’t happen — thanks to a fluffy omelet!

Needless to say I have never forgotten how to make a proper omelet since. Here is my recipe for a fluffy omelet, courtesy of The American Egg Board. Called a soufflé omelet, the whites and yolks are separated and whipped separately. If ever you need to make a fluffy omelet for Martha Stewart, I’d use this method. 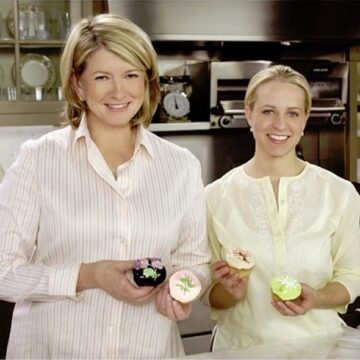 This simple French-inspired oven-baked soufflé omelet can be made savory or sweet. Fill it with cheese, meat and vegetables or top it with fresh fruit compote and whipped cream. Puffy omelets begin to deflate when removed from oven, so plan to serve immediately. To serve folded: Using sharp knife, cut across center of omelet, cutting through upper surface but not through to the bottom of omelet. Top with filling, if desired. Tip pan. Fold omelet in half with turner and invert onto warmed plate with a quick flip of the wrist. Cut in half or into quarters. To serve open-faced: Invert pan over warmed plate, or slide omelet from pan onto plate. Top with filling, if desired. Cut in half or into quarters.

Calories: 166kcalCarbohydrates: 2gProtein: 12gFat: 11gSaturated Fat: 4gCholesterol: 395mgSodium: 427mgPotassium: 260mgVitamin A: 580IUCalcium: 46mgIron: 1mg
Want to watch videos to show you how to cook?Check out our Youtube and try this recipe and more.