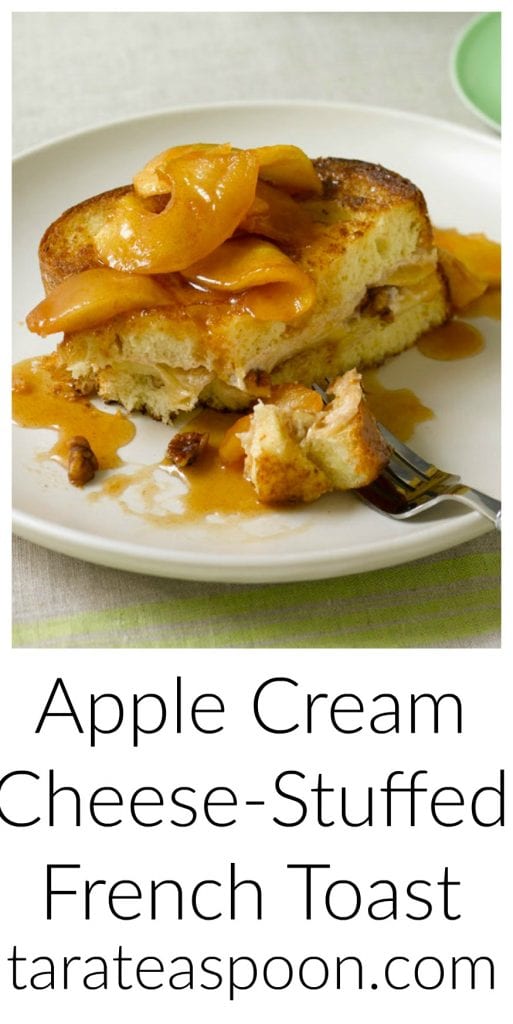 Apple Cream Cheese-Stuffed French Toast could be this weekend's highlight!

Here on the East Coast we are preparing for a Nor'easter. One of those big storms that bring snow or rain and wind, and ocean waves crashing onto the coast, Philly and DC.
I've been part of some doozies!

One of my favorite things to do when the snow hits is to strap on my boots and wander the middle of the streets of New York City. You can walk down the middle of the snow-covered streets that are usually crammed with cars and buses. For a few hours the city is quiet and peaceful.

Needless to say, the impending moment of peace is preceded by mass hysteria. Seriously. New Yorkers know how to panic (and then thankfully they know how to cope). The store shelves are already empty. I doubt there's a water bottle or loaf of bread to be had. But I'm going to go find one, and some apples, and some cream cheese. This French toast is perfect for staying in and waiting out the storm.

This recipe is inspired by fancy New York brunches, like the ones you eat at Norma's or Sarabeth's. (Wait...why are some of the most delicious brunch places named after ladies? Ladies rock!) The French toast, pancakes and omelets are always over the top delicious.

I've made it simple enough to make at home. Some stewed, sliced apples, spiced cream cheese and maple syrup. Brioche bread makes it extra indulgent but you can use your favorite bread, no problem. Even better, the fresh-squeezed orange juice won't cost you $9. Nine dollars!!! New York is sometimes crazy. Sometimes. 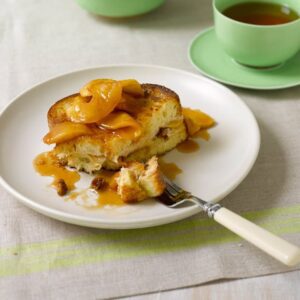 The key is to soak the "sandwiches" in the egg mixture.

Check out these other storm-worthy breakfast and brunch ideas from Tara Teaspoon: Double Chocolate Muffins and Whole Wheat Blueberry Pancakes with a ginger butter syrup!