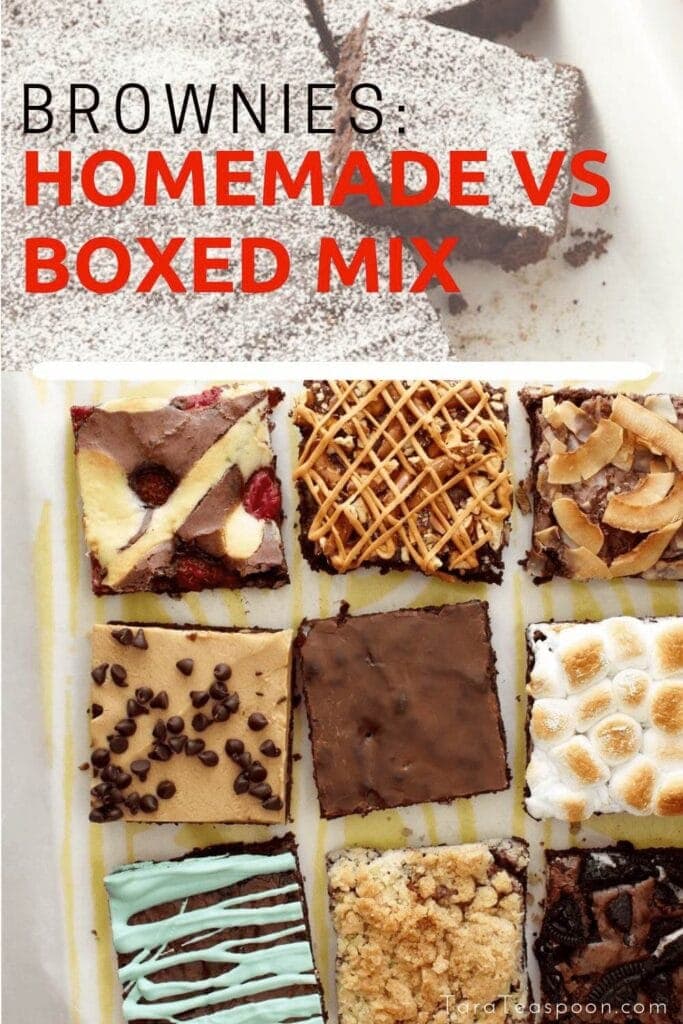 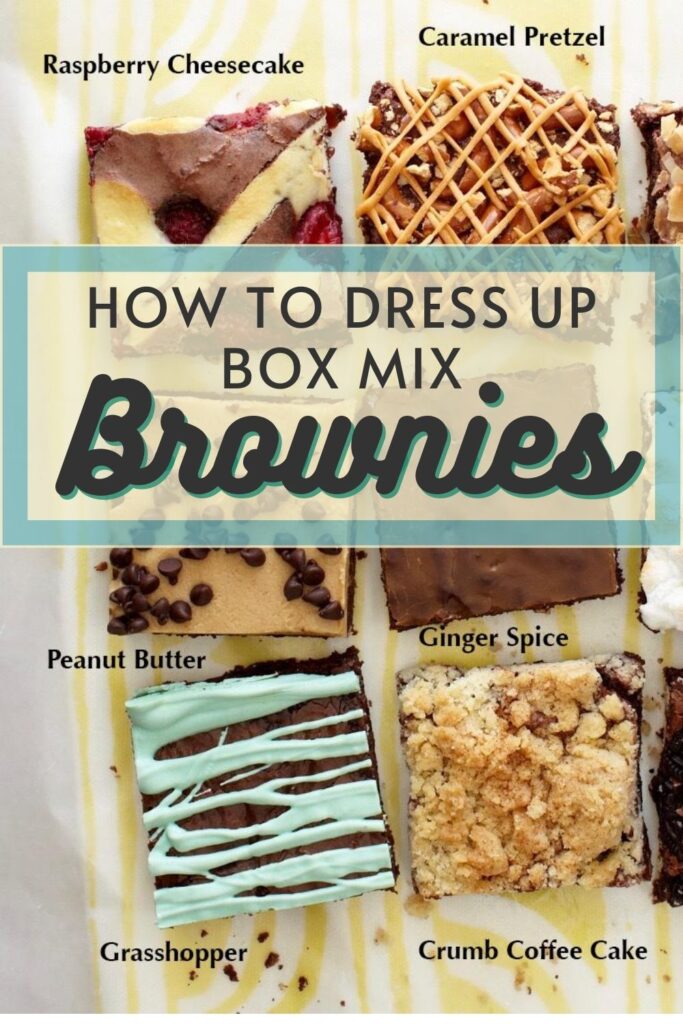 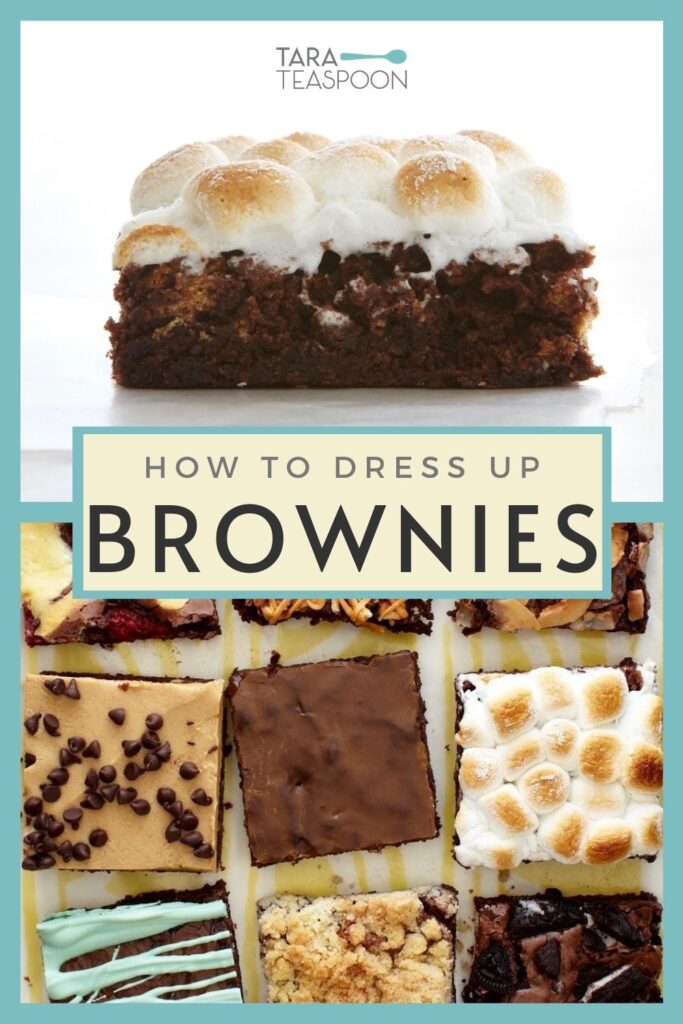 Want to know how to make box brownies better? These box brownie hacks make chocolate dreams possible! Try one (or more) of these out-of-this-world flavors to take your baking to the next level!

Chocolate lovers, rejoice. I mean sing it out! These box brownie recipe hacks will knock your socks off and feed your chocolate fix like nothing else.

The best part – you can make these in no time, with the fudgy, rich brownies from a mix.

Sometimes I just want to grab a box mix from the pantry and make those nostalgic tasting brownies. And sometimes I want that easy fix with a kick!

I came up with nine different ways to improve box brownies, and I'm completely prepared for mass amounts of thank you's and praise. Because these rock!

Are you on the fence? Homemade brownies or boxed mix brownies? I get to the bottom (of the batter bowl) and talk about the debate, just click here.

For the gourmet brownie variations in this post, I tested everything with a box mix. But you may try them with your favorite homemade brownie recipe if you'd like!

From fresh fruit and toasty coconut, to s'mores and mint, I souped up the mix and made history...well, I mean brownies. It's easy, you can do it in a flash.

How to Make Box Brownies Better

Before using these brownie hacks, you'll first need to line your pan with foil and spray it with cooking spray.

I find this helps with cleanup, but it also allows you to lift the cooled brownies out of the pan and cut them on a cutting board. That makes perfect squares, instead of squished mounds of deliciousness that you scoop out of a deep pan!

Once you've prepped your baking dish and have whisked together the brownie mix according to the package instructions, you can add the following mix-ins and toppings:

For each batch, I used a box mix for a 9-by-13-inch pan (I love this professional one with straight sides!). Often the box brownie mix is labeled "family size."

As for which brownie mix is best, Ghirardelli and Betty Crocker both make great box brownie mixes in my opinion. However, feel free to use whatever you have on hand or is your favorite.

Can Gluten-Free Brownie Mix Be Used?

Yes! These unique brownie toppings and mix-ins would work well with gluten-free box brownies too.

If you're looking for even more ways to improve box brownies, you could try adding a spoonful of instant coffee or instant espresso to the batter to enhance the chocolate flavor even further.

Or, add chocolate chips or chunks. Chopped nuts of any variety are also a good option!

And don't forget that brownie frosting is another quick and easy way to transform boxed brownies!

Tips for Baking with Boxed Brownies

You can also use a plastic knife to cut brownies. Like the disposable kind you take on a picnic! It acts as a non-stick knife and cuts clean slices. 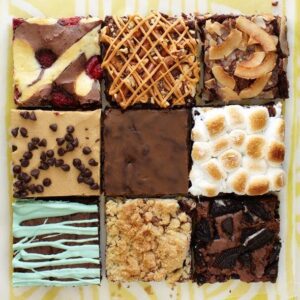 Think Outside Of The Box Brownies

Use your favorite box mix brownies to create any one of these flavors.
Want to watch videos to show you how to cook?Check out our Youtube and try this recipe and more.