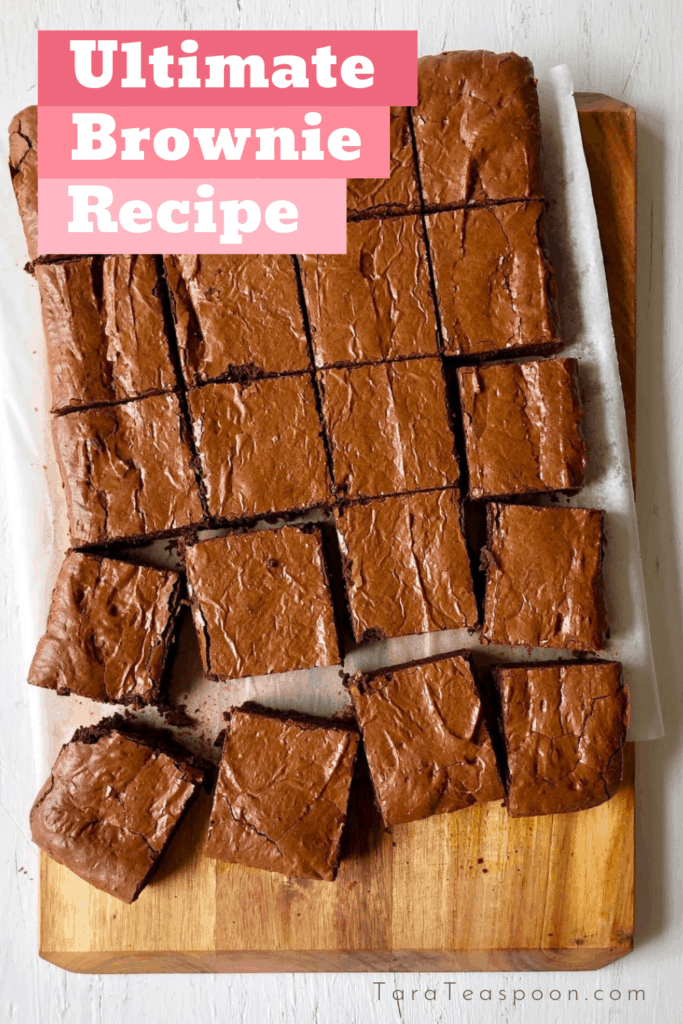 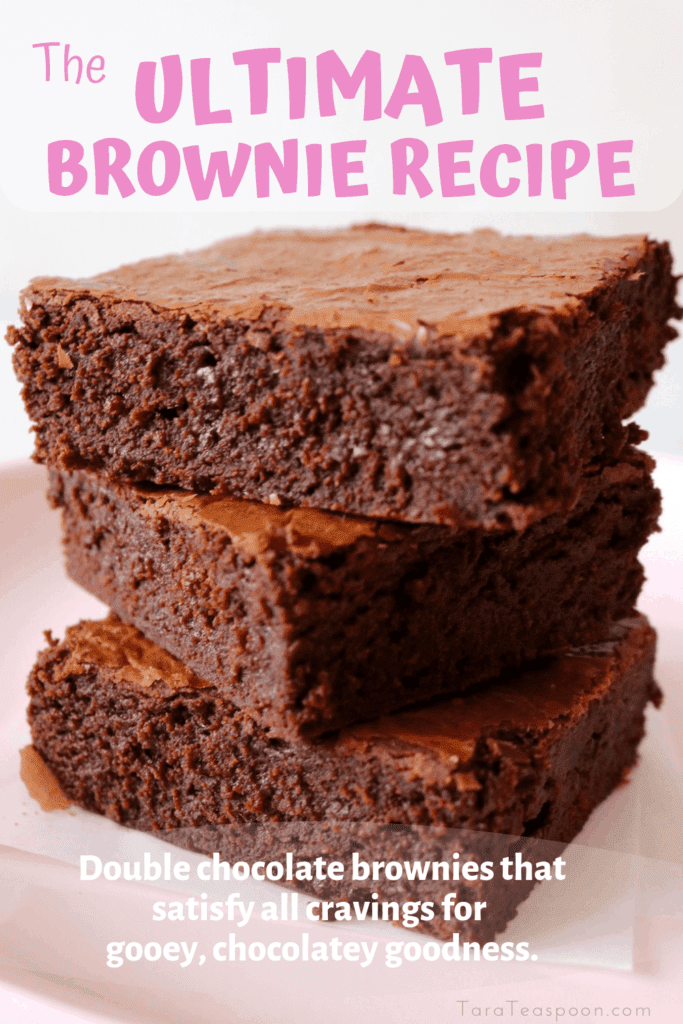 They are fudgy, they are gooey, and these are the BEST chewy brownies! They're made with double the chocolate and have a classic crinkle top. Everything a brownie should be.

This is a one-bowl brownie recipe that will help minimize the mess while baking. It's a no-nonsense recipe that results in moist brownies that don't taste underdone!

In short, this is the BEST chewy brownie recipe. It uses a genius blend of chocolatey goodness to create perfectly fudgy, chewy brownies every single time.

These brownies are made with unsweetened cocoa powder and melted chocolate, which gives them a dark, intense flavor. Frosting on top packs in a powerful punch of sweetness that ties everything together.

If you're a fan of boxed brownie mixes, and especially love the Ghirardelli brownie mix, you'll love these EVEN more.

Boxed brownie mixes usually result in dense, chewy brownies and that's what we've become accustomed to. That being said, a homemade brownie will be much more tender, have real chocolate and vanilla flavor, and a more authentic buttery melt-in-your-mouth texture.

One of my favorite aspects of this chewy brownie recipe is that it is so easy to follow and uses only 10 ingredients! Most of the ingredients can already be found in your home:

Can the Brownies Be Frosted?

Absolutely! Let the brownies cool completely, then top with my favorite brownie frosting.

How to Make Chewy Brownies

Melt the butter, chocolate and cocoa together to intensify the cocoa and chocolate flavor. I let this mixture cool a bit before mixing it into the other ingredients.

Meanwhile, beat the sugar, eggs, and vanilla until pale (about 2 to 3 minutes). Stir in the cooled chocolate mixture, followed by the dry ingredients.

Transfer the batter into a parchment paper-lined 9-by-13-inch pan or a quarter sheet pan. Bake for about 30 minutes, then cool before slicing.

How to Tell When Brownies Are Done

For this ultimate brownie recipe, I bake the brownies for about 27 to 30 minutes at 350ºF.

You'll know the brownies are done when a toothpick inserted into the center of the pan comes out with a few crumbs, but is not wet.

Overcooking brownies is easy because you can't tell doneness by the color. The toothpick test is great, but if in doubt remove the brownies from the oven! They will continue cooking slightly in the pan.

How to Cut Brownies Cleanly

First, you'll need to let the pan of brownies cool completely. Then, run a sharp chef's knife under warm tap water and pat it dry.

Press the knife into the brownies until it cuts all the way through. Wipe the knife carefully with a towel that's been dampened in warm water and repeat this process until you've cut the entire pan into squares.

Avoid sawing the knife back and forth while cutting the brownies. This creates jagged edges and tears them apart.

You can also use a plastic knife to cut brownies. Like the disposable kind you take on a picnic! It acts as a non-stick knife and cuts clean slices.

How Long Do Brownies Last?

They'll last up to three days at room temperature. Cover the pan with aluminum foil. You can also store cut brownies in an airtight container.

Tips for the Best Chewy Brownies

You can add nuts or chocolate chips to these classic brownies. Or you can frost them and sprinkle additions on top.

This brownie recipe can act as the perfect homemade brownie base to my creative mix ins. Look for all the flavors in my post about Think Outside Of The Box Brownies.

When it comes to brownies, there seem to be an unlimited number of options. Here are some of my favorites. 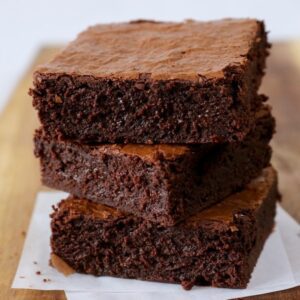 Tara Teaspoon
These are the BEST chewy brownies! They're made with double the chocolate and have a classic crinkle top. Everything a brownie should be!
4.94 from 29 votes
Print Recipe Pin Recipe
Prep Time 25 mins
Cook Time 30 mins
Total Time 55 mins
Course Baking
Cuisine American
Servings 16 squares
Calories 366 kcal