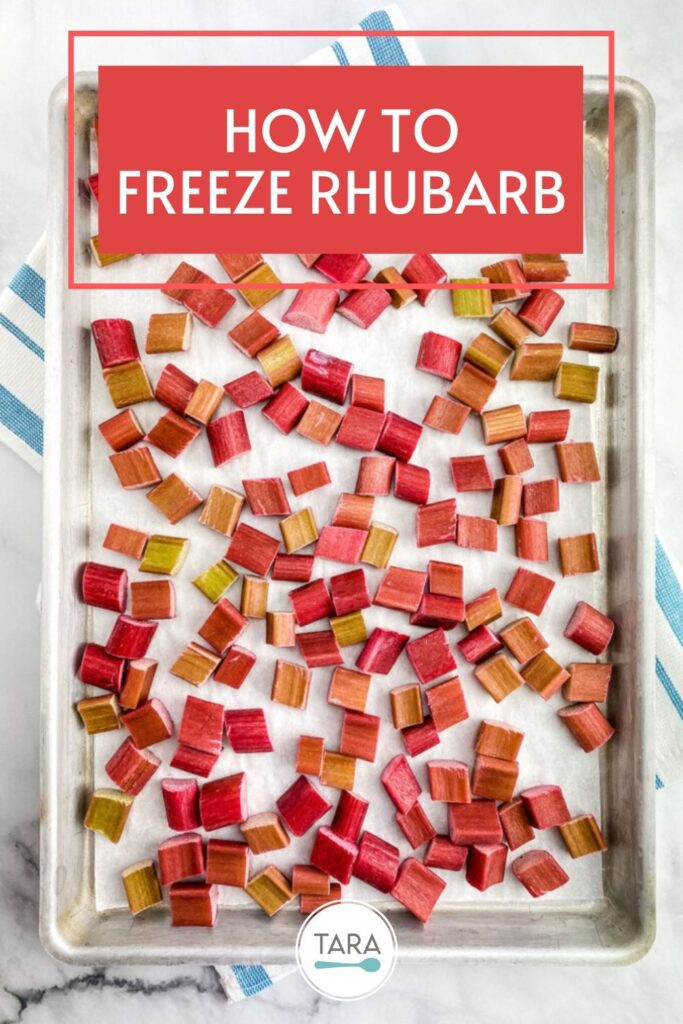 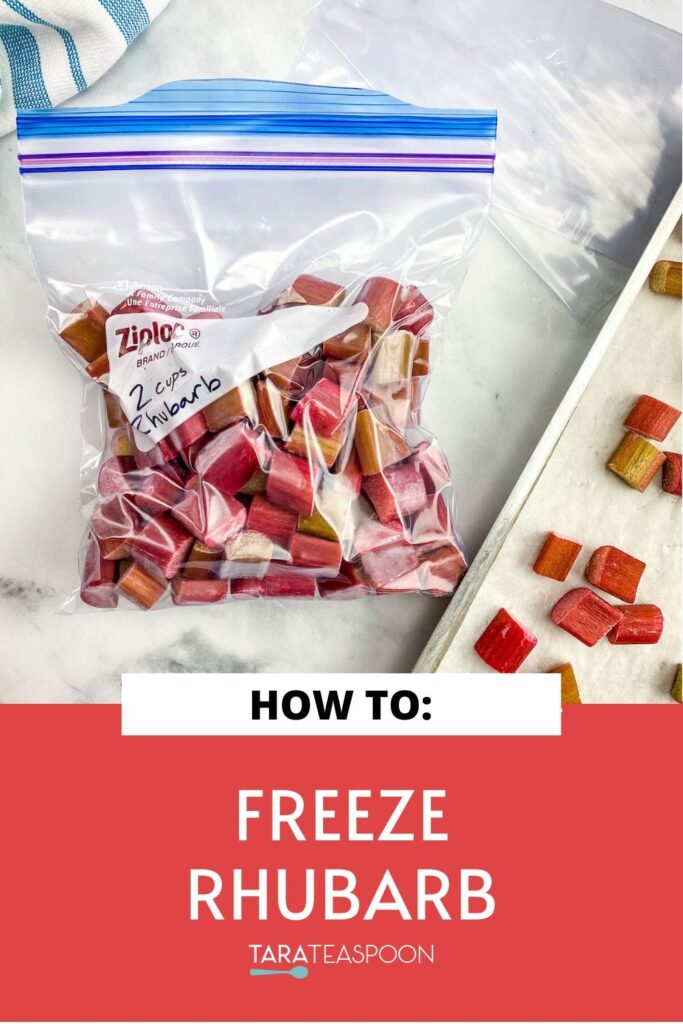 Rhubarb is the perfect candidate for freezing, simply because of the ways we cook and bake with it. Learn how to to freeze rhubarb the quick and easy way for use all year long!

Can You Freeze Rhubarb?

Absolutely! Freezing rhubarb is a great way to extend its shelf life and ensure you have enough rhubarb to last you all spring and summer!

The tart taste of rhubarb works in both savory and sweet preparations. In fact, you can think of it like cranberries, pairing rhubarb in savory sauces for meat, or baked like a fruit in muffins, breads and cakes.

If you love rhubarb like I do, you always wish it were around all year. It's season is springtime, and only for a few months, depending on the climate you live in.

You can find rhubarb in the stores produce section as well, but there are only so many weeks where you can find it to make my Orange Streusel Rhubarb Muffins or Rhubarb Crisp.

Fun fact: Did you know rhubarb is a vegetable? It is! Even though we often cook and bake with it like we do fruit.

If you know you'll be freezing rhubarb, you'll want to pick the prime stalks from the grocery store or farmers market.

Here's what to look out for when selecting rhubarb at the store:

Want to Know More About Rhubarb?

See my post on How To Prepare Rhubarb And Other Tips.

How to Freeze Rhubarb

The first step to prepare rhubarb to freeze is to trim the leaves from the stalks and discard.

Step 2: Cut rhubarb to the size you want

I freeze rhubarb in the size pieces I want to use it in. That way I don't have to thaw it completely before stirring it into batter or recipes.

The list goes on! If you have a rhubarb recipe you like, prepare your stalks for that.

Otherwise, simply cut your stalks into ½ inch pieces and I'm sure that will be suitable for the recipes you find throughout the year.

Step 3: Freeze in a single layer

Line a baking sheet with parchment or waxed paper and place your rhubarb pieces on it in a single layer.

After the rhubarb has frozen in a single layer, you can pack it into bags or containers to freeze it for several months.

Can You Eat Rhubarb Leaves?

No! The leaves are poisonous. Deer don't even eat it, so it's safe in your garden.

Can You Freeze Rhubarb Raw?

Can You Blanch Rhubarb Before Freezing It?

Some folks like to blanch rhubarb before freezing it. Blanching means cooking it in boiling water for a minute and then shocking it cold in ice water.

Personally, I don't think it's necessary to blanch rhubarb prior to freezing it.

I do not think this benefits the rhubarb at all. In fact, I think it breaks it down too much and my baking and cooking results aren't the same when I use it.

Should I Peel Rhubarb Before Freezing It?

Nope, you don't want to do that. Just chop it up and freeze it as I've instructed.

What Is the Texture of Rhubarb?

Rhubarb is similar in texture to celery, so it's easy to slice and dice. Once cooked, rhubarb is incredibly soft and gooey.

How Long Does Frozen Rhubarb Last?

Store bags of frozen rhubarb in the freezer for up to one year.

How to Use Frozen Rhubarb

Use frozen rhubarb just as you would fresh. When you’re ready to use the rhubarb, stir the pieces into your recipe as is, no need to defrost.

If the frozen rhubarb has frost or excess ice on it, you can quickly rinse it under cold water to remove the frost and pat it almost dry with paper towels.

If you used it with the ice, it could add excess moisture to your food and affect the texture of a filling of batter. 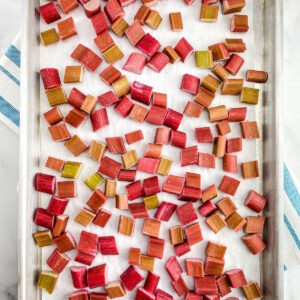 How To Freeze Rhubarb

Use frozen rhubarb just as you would fresh. When you’re ready to use the rhubarb, stir the pieces into your recipe as is, no need to defrost. If the frozen rhubarb has frost or excess ice on it, you can quickly rinse it under cold water to remove the frost and pat it almost dry with paper towels. If you used it with the ice, it could add excess moisture to your food and affect the texture of a filling of batter.

Calories: 26kcalCarbohydrates: 6gProtein: 1gFat: 1gSaturated Fat: 1gSodium: 5mgPotassium: 351mgFiber: 2gSugar: 1gVitamin A: 124IUVitamin C: 10mgCalcium: 105mgIron: 1mg
Want to watch videos to show you how to cook?Check out our Youtube and try this recipe and more.