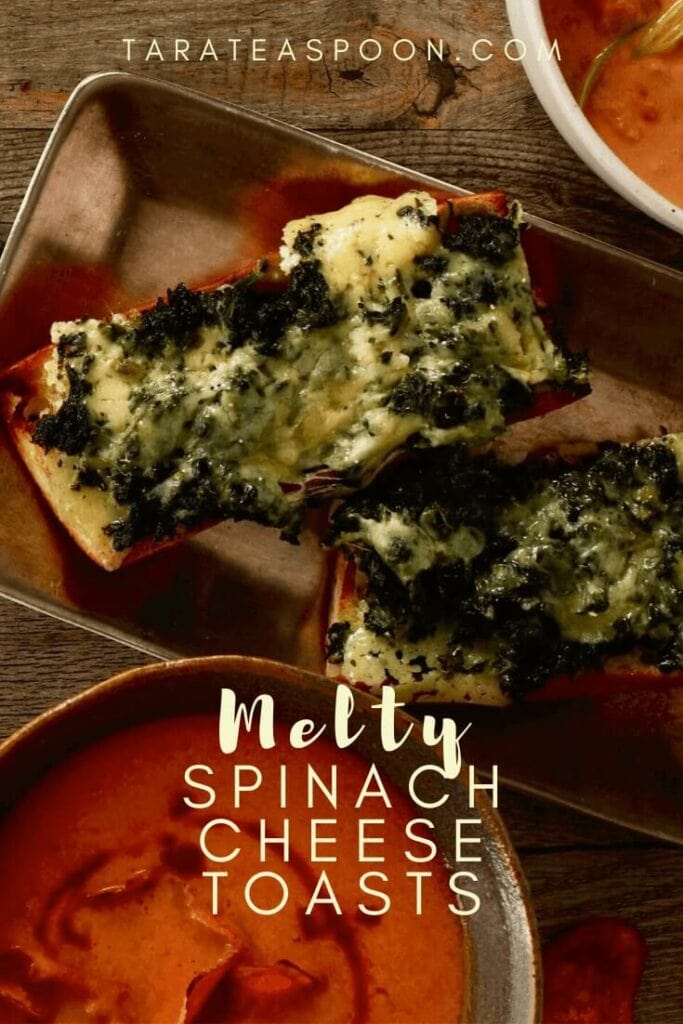 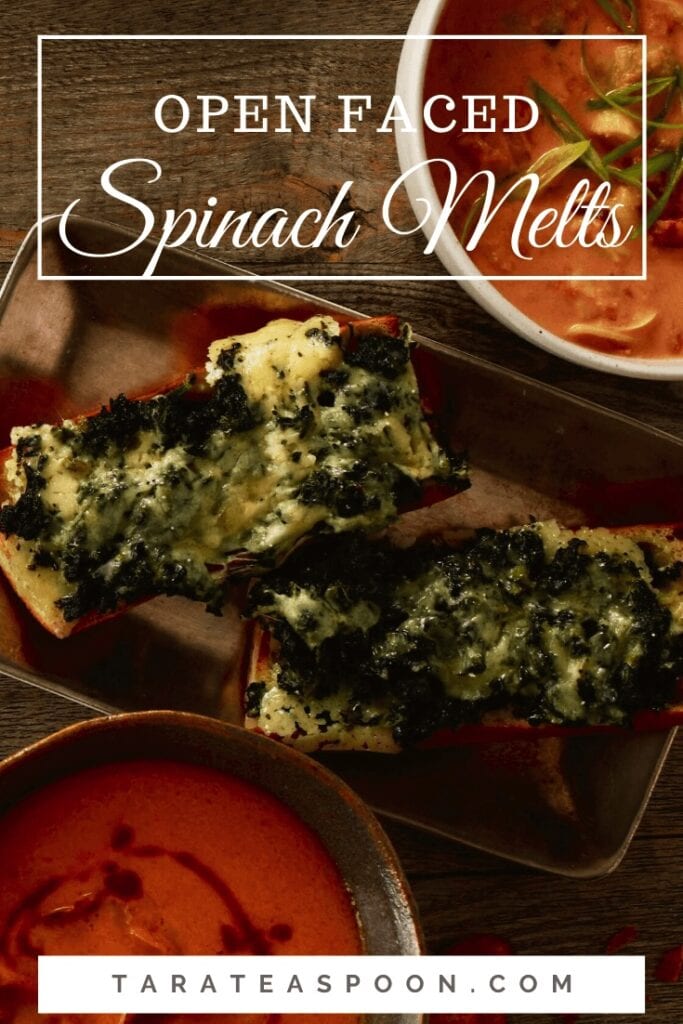 A delicious spinach and cheese sandwich made on French bread. Make these open faced spinach melts as an easy dinner or side to soup.

A good veggie melt recipe is underrated! This open face sandwich is like a delicious spinach dip on top of toasty French bread. I can get into that, and I'll tell you how easy these are to make!

I created this recipe as part of a soups and toasts story I did years ago. I love how simple it is, and how well it goes with almost any soup you're making.

What a great way to spruce up your loaf of bread or baguette! Serve these spinach melts with any of these soups.

Sandwich lovers unite! We know a good sammy when we see one.

Sandwiches, in all their forms can be meals, sides or snacks. This spinach cheese toast on French bread is a great side to cozy soup.

Speaking of sandwiches: one of my favorite hot sandwiches is my Spicy Sweet Grilled Chicken Sandwich with melty Gouda and pepper jelly. It's divine.

What is a tartine?

In French tartine means "slice of bread." We typically use the term to refer to any open-faced sandwich. This spinach toast recipe included!

I love tartines because they showcase all the ingredients on top of that slice of bread. There's not another bread situation on top to take away from the goodness. Here's a little article about tartines in the New York Times.

Oh wouldn't we love to know who invented the open faced sandwich? Must have been those lovely French chefs that coined the term tartine.

These open faced spinach melts count as a tartine as well as a melt. Melts and cheese go hand in hand. I used Comte or Fontina cheese on this spinach melt.

How to make a spinach sandwich

Frozen spinach is the best type of spinach to use for an open faced sandwich.

Frozen spinach is an underutilized ingredient in my opinion. It is awesome in pastas, smoothies and soups for sure.

With just three ingredients, these open faced spinach melts come together in minutes. 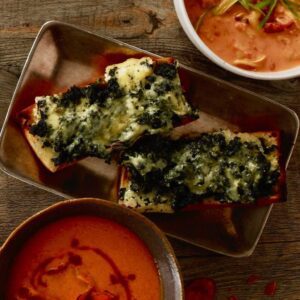 This is a fantastic way to make a tasty tartine, or open faced sandwich.  Serve these little sandwiches with your favorite soup.

Delicious sandwich recipes for every day