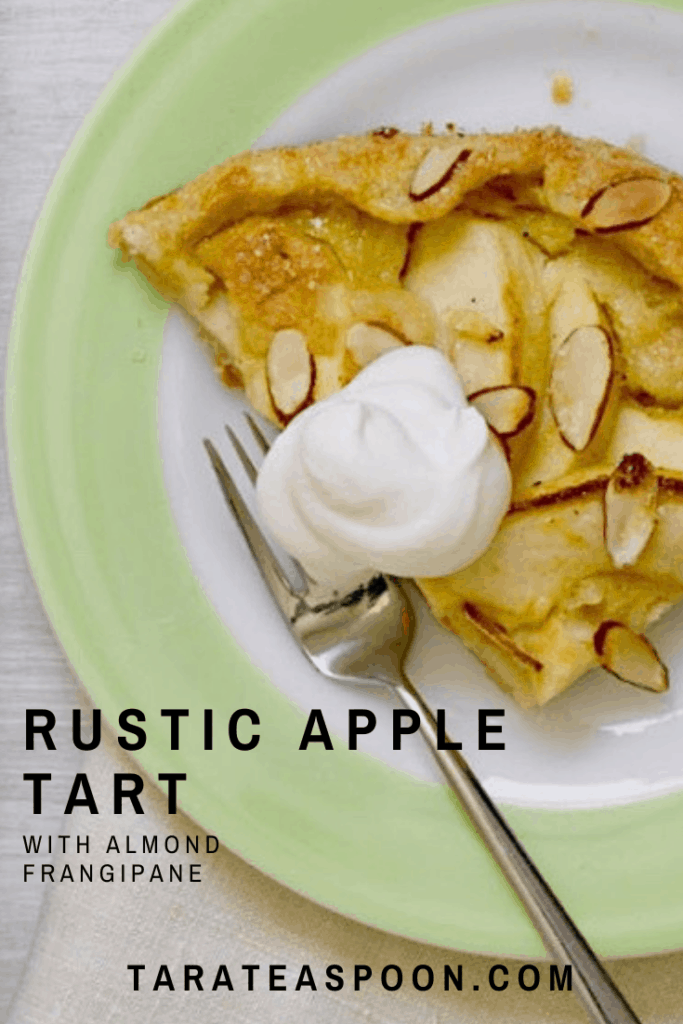 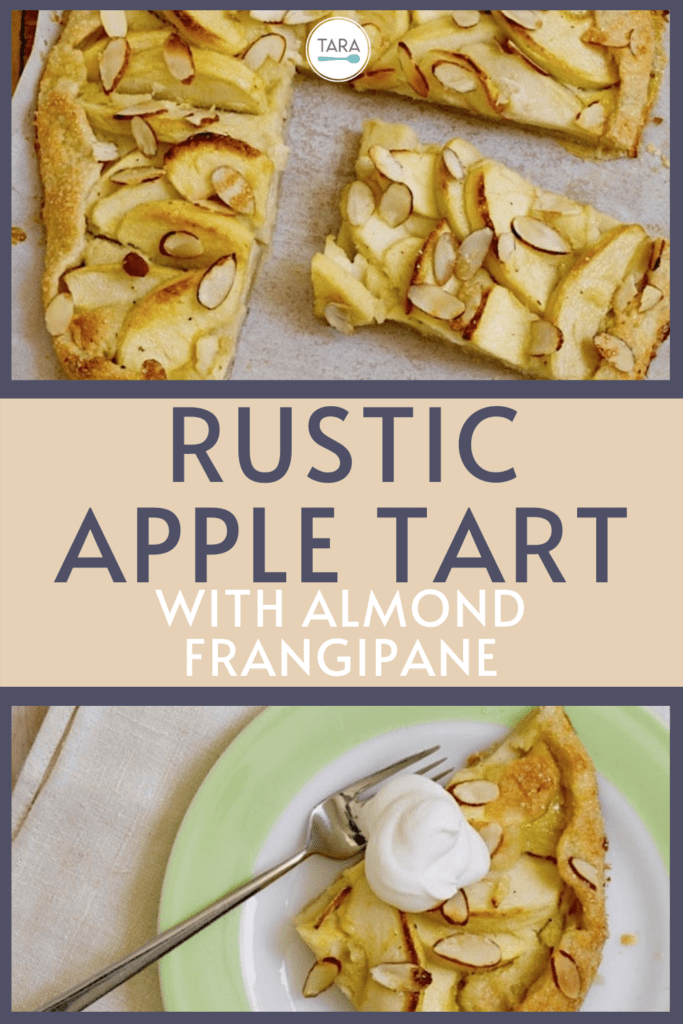 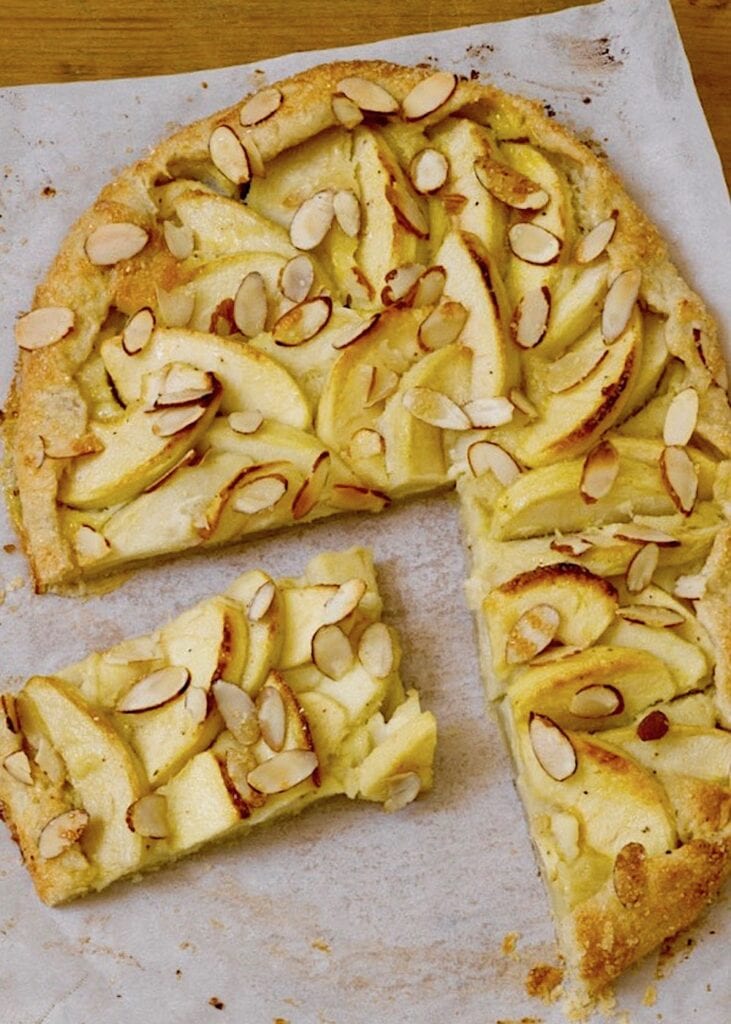 This apple almond galette, or rustic apple tart recipe, is easy and impressive. With a layer of almond frangipane under the apples, it's a no-fuss combination of apple pie and French apple tart.

I make a lot of galettes and crostatas. They are simply rustic pies, not constrained by a pie tin or tart ring.

But, they can be called tarts, pies, or simply rustic tarts! This rustic apple tart earns its name by being free form and homey looking. I love it. It doesn't feel fussy, but it's delicious.

What is the difference between a galette, crostata and tart?

Like my Pear and Frangipane Crostata, this apple tart is a rustic-style, open-faced pie!

These rustic tarts are like the jeans of the pie world. Casual forms of pie that everyone likes.

Don't miss my other apple recipes!

This glorious apple almond galette gets a custardy filling that bakes just under the fruit.

What is almond frangipane?

Frangipane is like a marzipan pastry cream. Well, not really, but let's start there.

Marzipan and Frangipane are both made with finely ground almonds and sugar – almond paste if you will.

Marzipan has more sugar and is usually treated as a candy. Frangipane typically gets the addition of eggs and other ingredients to create a filling that gets baked. Either inside tarts or pies, or croissants and buns.

I make the frangipane for this almond apple tart with store-bought almond paste, eggs and flour.

Is this apple galette like a French apple tart?

If you're looking for a French apple tart, but don't want to fuss with a tart ring, this rustic tart achieves similar results because of the eggs in the frangipane.

A French apple tart (often flavored with cream and Calvados, an apple liquor) includes eggs in the apple filling. This creates a lovely custard texture and the apple flavor sings through it!

Same thing here. The almond paste and eggs create a custard (now you know this is called frangipane) and the apples bake right on top. Yum!

I don't use puff pastry on my apple tart.

I use my Perfect Pie Crust to make this rustic apple dessert. It is buttery and flaky and I can make it ahead and keep it on hand in the freezer.

You can use store-bought pie crust, but you won't get the same flakiness and puff as you will with my recipe.

Roll it out and bake it on a sheet of parchment paper. I love these flat sheets of parchment. And I use my rimless baking sheets.

Dollop each serving of apple almond tart with sweetened whipped cream to serve! 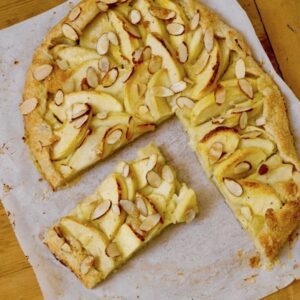 •You can substitute marzipan for the almond paste if that is what you find at the store.